This idea flips so many aspects of society on its head. And I giggled. I'd post a preview, but they stand better together than they do alone. :)
Posted by Gabe at 1:21 AM 1 comment:

From my most recent shoot with Lionel of eYeWonder Photography... 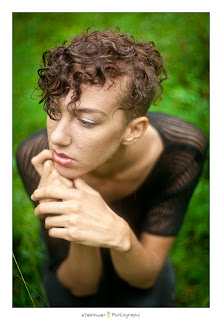 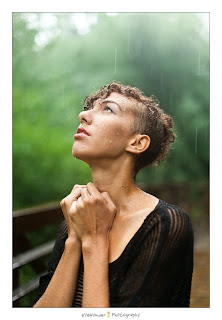 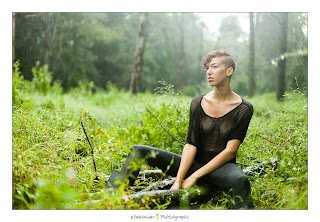 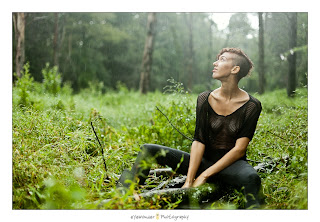 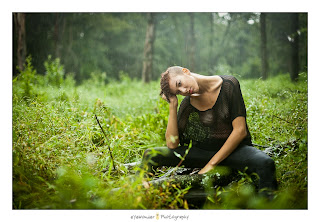 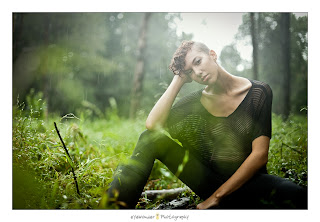 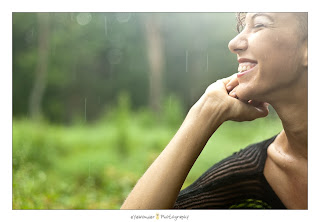 Lionel is always such a joy to work with, because he always manages to render such beauty from the most simple things. Not to mention, I always feel at ease, like it's me in particular that the shot is waiting for - it's not the "Oh, we can find any other model for this" type of pressure that I feel sometimes. That's damn good if you ask me.
_______________________________________
Side note: I'll be making a Tumblr soon. I'm also thinking of buying a full-lace human hair wig so I can throw myself at commercial agencies.
Posted by Gabe at 1:14 AM No comments:

Why does beauty have an expiration date? The older I begin to look, the less people will want to see me. In contradiction to my sentiment that beauty doesn't fade with youth, I look forward to the time when people will feel less obligated to sexualize me for being an older female, when they feel forced to reference my youth to determine my worth... As older heterosexual men continue in their choice of the ripest (or pre-ripe) fruit of society, I'll be damn fine without the added judgment.
Posted by Gabe at 11:45 PM 1 comment:

How I feel about the "male gaze."

I feel utterly powerless. And I've only felt this way once before: I wrestled for three years in high school, thinking I was making a difference. But, no matter how I seek to empower myself by reclaiming my form (or kicking a dude's ass) regardless of the viewer, my being nude doesn't actually do anything, nor empower anyone. I am to forever fall victim to the sexual objectification of heterosexual, cisgender men, because it is appropriated by a patriarchal society. It is hegemonic. It is biologically "normal." It is excused by pop science, because people want to justify mindless hedonism. First, the idea of being roughed up and straddled by a female turned them on. Now, after completely putting myself out there, which I have no shame in doing, it is this:

I don't feel shame in it since your beauty is just the way I choose to release. I hope you can see past that and not think I'm a creep just because of my biology.

I am under the assumption that this is a male, but know I did actually give thought to the fact that anonymous poster could be of any sex or gender. However, I shall respond further, academically. I've only recently figured out just why I'm fed up with my portrayal in modeling, and why it all feels the same. And one of the reasons is the male gaze. Please read it, and keep it in mind when you're shooting women or being shot by men. It is so tiresome to be inherently sexual when in real life, you don't engage in much overt sexual expression. Even though I regard myself as a sex-positive feminist, believing that women don't need to be held to double standards in the sexual sphere (etc., more on that later, probably), my own sexual preferences are private. Prude? Hell no. But it's nobody's business who I invite into my bed - male, female, intersex, trans, young, old, this, that. I would love to preserve my autonomy rather than suffer at the states of helplessness I probably encounter in the minds of others.

Another good article to read is burlesqueer performer Femme 6's My Manifesto! Part I. History. She provides a lot of insight to this struggle that I greatly appreciate.

I have never considered myself my modeling. Of course, I feel I contribute to the creation of the image in ways other people would do/contribute to differently, but... the way I live my life is completely different from my photos. Same goes for a lot of models. But in reality, I have a tendency to look like this:

Or this, if you can find me:

I'm sure you get the idea. I also self-identify in ways that would surprise many people (with gender, "race," feminism, political views) which have a profound affect on my modeling. I don't want this blog to be a shit-ton of  navel-gazing, but the comment on my first post really bothered the hell out of me. I created this blog to show the depth of my decisions when it comes to putting myself out there the way I do. Not enough people talk about that.
Posted by Gabe at 11:39 AM No comments: My name is Cwen, among other things. I have been modeling since July of 2007 - that makes it four years and two months. While I have never been signed with an agency or been featured in many publications, I would still call myself rather accomplished. I have a solid portfolio with a variety of genres under my belt, the strongest (according to me) being figure work. If there wasn't this lingering phobia of constant objectification, even subjectification, I could probably go somewhere financially and even popularly.

But I find shame in using my body exclusively to earn money, when I can't control the way people perceive the images I help create. Regardless of what genre I pursue, there will always be some creep wacking off to one of my photos somewhere at some point in time. I've traced some of my art nudes to erotic sites, so of that I can be sure. While I can normally shake that darker side of reality, I can't ignore the issue when the men (very rarely do I work with female photographers) in front of me are suddenly in half-shadow. I want to trust those I work with. I want to be respected. I want to use my brain.

I recently reached the point that modeling is utterly pointless. I'm either to rarely be respected as a human, or rarely respected as an artist. I'm to be approached by people to be underpaid, I'm to constantly lower my standards in order to make a mildly productive living. When I reached this conclusion, I also worry that I may have offended one of the few photographers I was working with for the right reason. This photographer made me feel human, made me feel interested in what I was doing, gave me hope in those around me. Everyone else I worked with that week smashed my perceptions, overworked me, and subjected me to the same trite compositions everyone is looking for. They broke me. I lost my joy in this part of the creative process.

If modeling can't be fun, why am I doing it? Though I'm on hiatus, I've shot a couple times since I returned from California (2 weeks ago). I enjoyed those shoots with familiar people. I felt challenged. I enjoyed the people I surrounded myself with. I could be honest. We produced greatness. I can't wait to share some of it with you.